The Blader is MU Legend's fiercest warrior, adept in quickly and brutally dispatching enemies. Strengthened by rage and immense power, he can take on the role of both a melee damage dealer and a tank.

If exciting battles at the center of the action are to your liking, then the Blader is the class for you. Using either a one-handed sword or a two-handed greatsword, he fights with great power on the battlefield and is an easy class for anyone to use.

The Blader has powerful charging and melee attacks 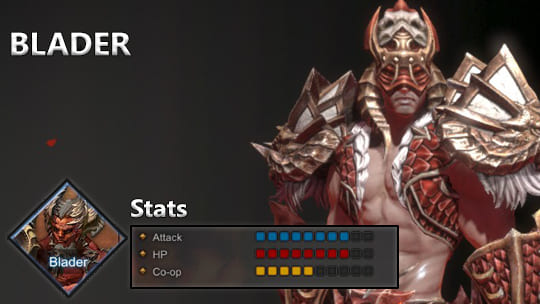 A fierce warrior who cuts through enemies with ease.

The Blader ploughs through the battlefield and plays a pivotal role with his high attack power. He's not just a powerful attacker; his high defense means he's a good all-round warrior that can handle any situation.

He uses charging skills to close distances quickly and uses crowd control to lure in enemies. High mobility allows him to function as both a melee warrior and a frontline tank, fearlessly jumping into battle to destroy enemy forces and cause chaos.

His notoriously huge physique grants him the power to hack and slash his way through multiple enemies with bloodthirsty aggression.

He has the greatest attack power out of all the MU Legend classes and is the top melee dealer, effective in parties, solo play, dungeon raids and everywhere else!

He also has various crowd control skills, so if you can use them effectively, you will be able to fight multiple enemies in relative safety. His reliable defense, which recovers HP when attacking, makes him a good tank who can take the lead in parties and defeat enemies at the front. 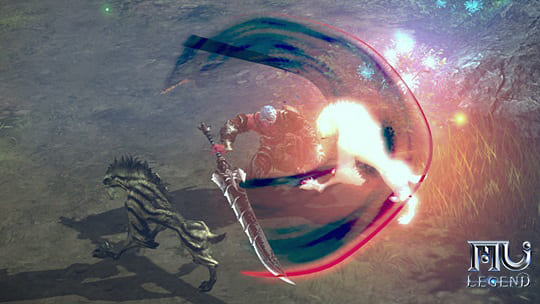 The Blader has powerful melee attacks.

The Blader is a melee class, but his ranged skills also make him good at hunting from a distance. His high mobility allows for quick completion of dungeons, and since he can charge toward enemies to close distances in an instant, he's also good against ranged characters.

The greatsword is slow, but its broad range and high attack power make for powerful one-hit attacks. Dual wielding the one-handed sword has a specialization that allows the weapon to absorb HP, and the greatsword has an additional attack-power-boost option that deals greater damage.

If speed is important for you, it's recommended you use the sword. On the other hand, use the greatsword if you desire more power. So, whether you want to take the fight to the enemy on the frontlines or simply to hunt more effectively, the Blader is a great all-round class that has everything you'll need.

The Blader can use the sword (left) or the greatsword (right).

The greatsword has excellent attack power.

The weapon skills for the sword are "Dismember", "Piercing Slash" and "Assault", along with an HP-recovery effect. The greatsword comes with weapon skills "Blood Pillage", "Sweep" and "Shatter", also granting you enhanced attack.

"Dismember" uses swords in both hands to slash anything in front. Although its range is narrower than the greatswords, its area of effect is quite good for a sword skill. Also, "Piercing Slash" stabs enemies, dealing greater damage every third hit. Similarly, "Assault" deals greater damage on its fourth hit.

"Blood Pillage", a greatsword skill, has a large attack range and an HP-absorption option, increasing your survival chances while hunting. The higher the damage inflicted by your attacks, the more HP you can recover, so its important to increase your attack stats. "Sweep" deals great damage on the third hit, and "Shatter" can make the enemy bleed.

The sword and the greatsword come with different passive effects.

Class skills: Charge into and slash the enemy

You can deal AoE damage to the front with "Crush" and spin fast to attack enemies with the Bladers trademark skill "Cyclone Slash". "Cyclone Slash" is a charge-up skill that is activated as long as the hotkey is pressed, and it increases movement speed while its active.

The Blader has a number of abnormal-status skills, such as "Fierce Rage", which has great attack power and throws the enemy into the air to stun them (a powerful skill that inflicts abnormal statuses twice). "Rampage" is a very useful attack that launches a flurry of blows to the front, stunning the enemy instantly.

Additionally, "Turning Blow" pushes back enemies with a tremendous punch, and "Earth Cleaver" deals great damage to enemies in a straight line while pushing them back. The Blader is a melee class, so pushing is usually not as useful as stunning. However, pushing can be used for opening up a path when there are many enemies blocking the way. 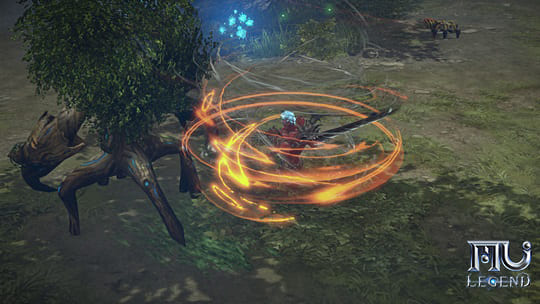 In "Leap Attack", you have an invaluable charging skill that allows for fast movement in battle. Executing a mighty jump, you then deal damage after landing. However, a real advantage to using this skill is that it allows you to jump over enemies and escape when necessary. Likewise, "Charge" allows you to dash directly to the selected spot, stunning the enemy thats hit and giving you a way out of sticky situations.

"Wallop" moves you just a short distance compared to other movement skills. This ones unique in that it consumes HP to attack. The amount of damage inflicted is equal to the HP consumed, so the more HP you have, the more powerful the attack.

"Threatening Roar" is a skill that deals damage and reduces the attack power of enemies nearby, and "Sonorous Roar" increases your alliesattack speed and casts Fear on enemies. "Redemption" enables you to evade all attacks for a short time, allowing you to escape from danger.

"Last-ditch Effort" increases your attack power and creates a shield that absorbs damage, and "Focused Strike" increases the weapons damage and attack speed. 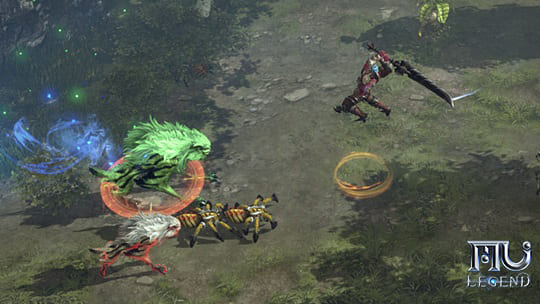 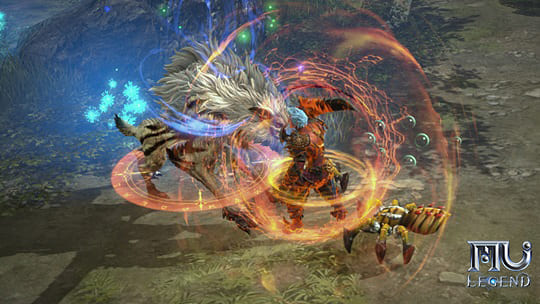 For expert skills, you can choose 3 out of "Strong", "Fear", "Gush", "Overdrive", "Fray" and "Breakthrough". Firstly, "Strong" decreases all damage for a certain period with "Iron Armor", and it boasts a passive that increases evasion and HP.

With "Gush", you can transform the terrain to overpower the enemy. If there are more than 5 enemies, your attack power will increase. "Gravity Deflection" hammers the ground and deals great damage to targets within range, launching enemies into the air and inflicting additional damage when they land. 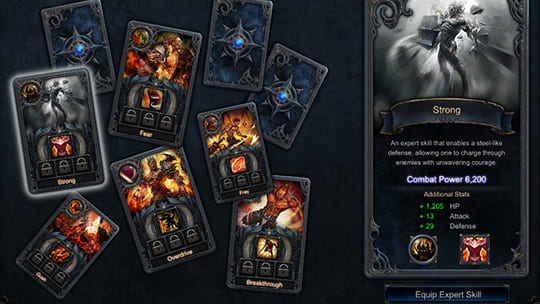 "Fray" features a passive effect that reduces the amount of damage received after taking the first hit, making your defense even more solid. "Sweep" spins the weapon as you advance, and it can be used up to 5 times before it has to recharge (the skill is charged once every 4 seconds). 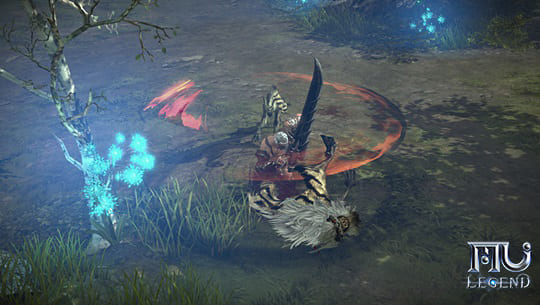 "Sweep" can be used up to 5 times consecutively.