MU Legends infamous Dark Lord, equipped with a shield for extraordinary defense, is a class thats well suited to leading battles from the frontline. Instrumental in freeing humans from the Ashas, he sacrificed his humanity in exchange for great power.

The Dark Lord uses a scepter and a shield for recovery and support skills, and hes instrumental in increasing the combat effectiveness of parties. Alternatively, his shield can be relinquished in favor of a two-handed bludgeon that is optimized for damage dealing. This enables the Dark Lord to use powerful area attacks and crowd control to raze battlefields. 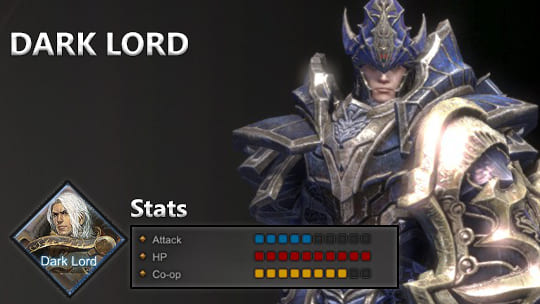 The Dark Lord uses the scepter and the shield to command the battlefield. He leads the battle at the frontline with overwhelming defense and has various recovery and support skills to increase the combat effectiveness of party members.

He can also use the two-handed bludgeon by giving up the shield, granting him powerful area attacks and crowd-control skills. Even though hes mainly used as a tank, his damage-dealing skills are not to be ignored.

The commander of the battlefield and the guardian of the world.

The Dark Lord is the go-to point man in parties. Proficient in drawing the enemy in and withstanding attacks, he carries out his role as a tank with ease. He uses his scepter and shield to subdue the enemy with great power, so if tanks are your preferred characters, the Dark Lord is the one for you.

The Dark Lord doesn't have many attacks that allow him to charge the enemy. However, he has high HP that allows him to attack enemies from a distance or pull them closer without being killed easily. He has the highest HP and defense among all the classes in MU Legend and is the main tank class that can cooperate with other players. Keep in mind that this class is more suited to party play in dungeons, rather than solo play.

His mobility is not great, but he has many skills that are useful in parties. He can recover HP for himself and his party members, and he can defend them temporarily with defense buffs. The ability to become temporarily invincible and to remove debuffs from party members makes him a valuable asset in battle.

The Dark Lord is the sturdiest warrior in MU Legend.

Although the Dark Lord is a melee warrior with relatively low mobility, he proves his worth with his aggro-boost skill that's useful when dealing with dungeon bosses, enhancing party members' stats when it counts. He also has a skill to reduce the movement speed of multiple enemies and can attack many monsters at once.

When equipped with the two-handed bludgeon, a certain amount of defense converts into attack power. 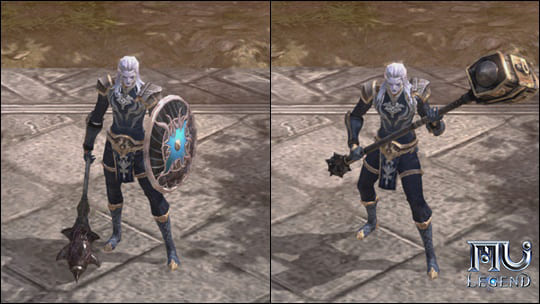 The Dark Lord uses the scepter & shield (left) and the two-handed bludgeon (right). 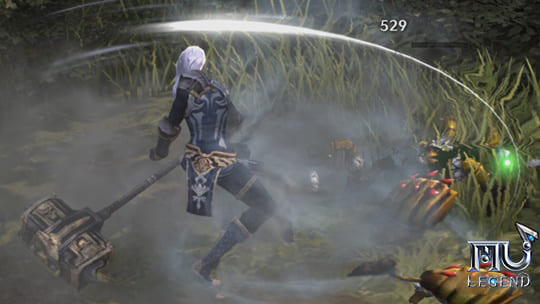 The bludgeon skills include "Call of Destruction", "Rupturing Thrust" and "Shield Bash", and a successful shield block generates a shockwave that inflicts additional damage. You can use the skills "Cyclone Strike", "Holy Wallop" and "Dogged March" with the two-handed bludgeon, which also grants an attack boost (10% of defense converted to attack power).

"Call of Destruction" is a basic, short-range scepter attack. However, a wave of rage will be generated on the third hit, adding AoE damage that will come in useful while hunting. "Rupturing Thrust" stabs the enemy and grants a chance of dealing greater damage. Also, "Shield Bash" deals damage to surrounding enemies on the third hit, stunning them for 1.5 seconds.

The two-handed bludgeons "Cyclone Strike" throws cyclones to the front and grants an increase in the number of cyclones and damage inflicted when used multiple times. "Holy Wallop" delivers powerful strikes to the front, dealing 125% of attack as AoE damage and reducing the targets movement and attack speed. Lastly, "Dogged March" deals AoE damage to enemies to the front and pulls them in. The pull area and damage increase with consecutive attacks, so the longer the battle, the stronger you get. 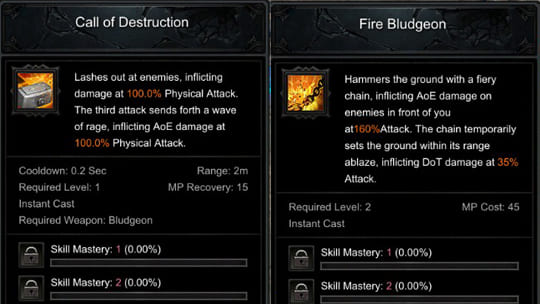 Comparison of the scepter and the two-handed bludgeon.

You can use "Fire Bludgeon" to deal AoE damage at the beginning of battle, as the area touched by the Dark Lord’s fiery chain is set alight and temporarily deals continuous damage. With "Spin Attack", you quickly spin to hit surrounding enemies and reduce their movement speed as well as increase aggro.

"Protective Touch" temporarily silences enemies and recovers HP for allies. "Fire Burst" is a powerful AoE attack and deals additional area damage after 1.5 seconds. "Call of Thunder" also allows you to attack surrounding enemies and push them back.

"Eternal Flames" creates a fire cyclone for 20 seconds, dealing continuous damage without having to attack all enemies one by one. "Holy Light" recovers HP for yourself and surrounding allies and also increases HP-recovery speed. 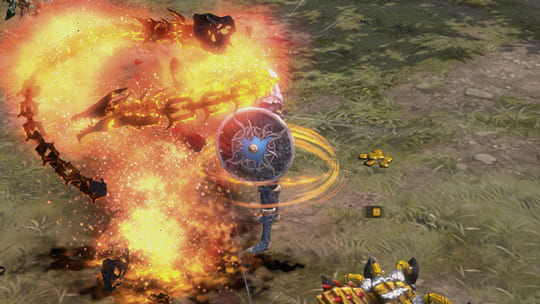 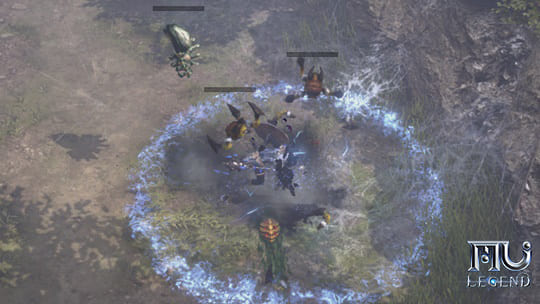 "Call of Thunder" allows you to attack and push enemies.

"Vicious Charge" is the Dark Lords only charge attack. It deals AoE damage and a taunt effect that forces your enemy to attack you for 2.5 seconds, which is considered an essential effect for party play. "Monarchs Touch" throws a hook to the front and deals AoE damage, pulling and taunting the enemy. These are the two most invaluable skills for party play.

Besides these skills, "Ice Claw" freezes enemies nearby while "Weapon Throw" deals damage over a wide area and reduces movement speed.

However, there are still more skills that are useful in party play. "Purification" removes all abnormal-status effects for yourself and the surrounding allies, also making you immune to all attacks for 1 second. "Rugards Protection" creates a giant shield that increases party members defense for 20 seconds.

Lastly, the Dark Lords greatest skill is "Destruction Tremor", which is a charge-up skill. The longer its charged, the greater the damage and the area of effect. Enemies affected will have reduced movement speed for 4 seconds, allowing you to deal with foes more effectively. 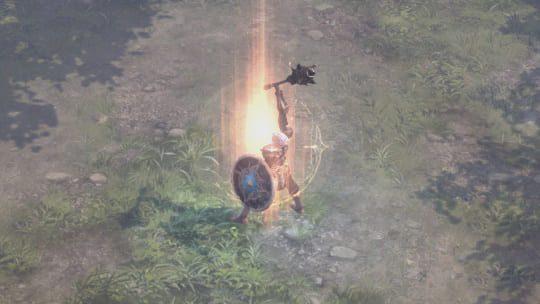 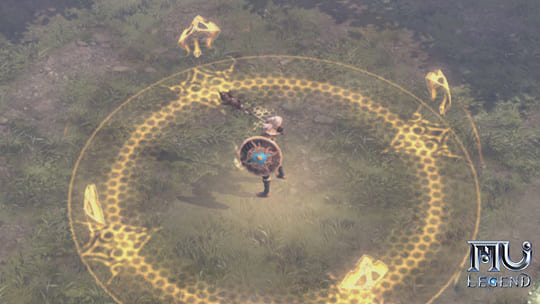 Expert skills: Use both attack and defense skills

Choose 3 expert skills from "Strategy", "Immunity", "Death", "Encouragement", "Devastation" and "March". "Strategy" has the "Mock" passive that increases aggro, and you can also use "Madness Absorption" to instantly pull in and explode surrounding enemies.

"Immunity" lets you use "Pain Immunity". This grants immunity to all incoming damage for 4 seconds, making it a good skill for survival. You also get the "Transcendence Shield" passive, increasing the shield-block rate by 10% and recovering max HP by 1% on a successful block.

The "Death" expert skill lets you use "Followers Spirit", a toggle-on/off skill that creates a pentacle to summon enemy-attacking souls. It also has the "Valiant Passion" passive, which reduces the targets defense for 5 seconds when a main-weapon skill is cast. 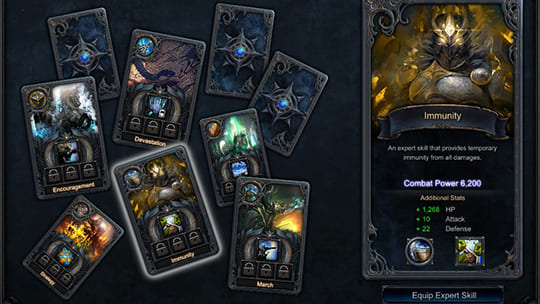 6 expert skills are available for the Dark Lord.

"Encouragement" is a very useful expert skill for parties, granting the "Defenders Shield" passive that increases the defense of party members within 20 meters. Also, the "Dark Horse" skill produces a valiant mount that grants 30% immunity to all damage, while ignoring collisions.

Theres also an expert skill thats perfect when you need to lay waste to vast numbers of enemies. The "Devastation" expert skill destroys multiple enemies with massive damage over a wide area and lets you use "Rugards Rage", a skill that summons a statue of Rugard to a designated location. "Rugards Rage" is a skill that you have to charge, so the longer you charge it, the stronger it gets. Also, when you attack, the "Guardians Authority" passive grants a 10% chance that attack power will increase for 5 seconds. This one is highly recommended for aggressive Dark Lords.

The last expert skill, "March", encourages your comrades to fearlessly take on the enemy. It enables you to use "Attack Order", which increases the attack, move speed and attack-speed stats of party members. Also, it periodically recovers 1% of HP for nearby party members, so a Dark Lord who dreams of being a party leader will need this skill. 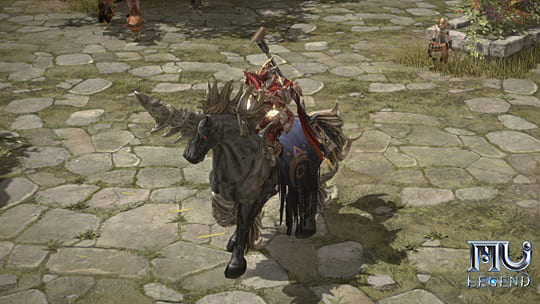