Karolsandria has been badly affected by the dark energy that has swept through the area, and undead monsters now plague the land.
Although it is being defended by the Tephakin Army, the front line has fallen and they are losing hope. 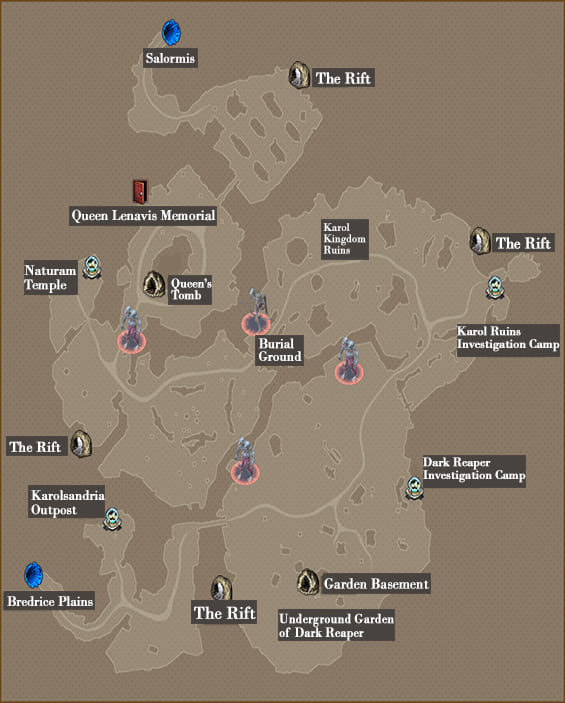 There are many ruins of the Karol Kingdom around the map, including the Queen's Tomb, Naturam Temple as well as the Ruins Investigation Camp.

There are many undead monsters in this area,
and the tyrant Queen Lenavis lies sleeping in the Queen's Tomb. 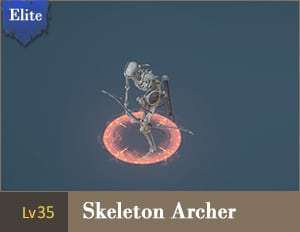 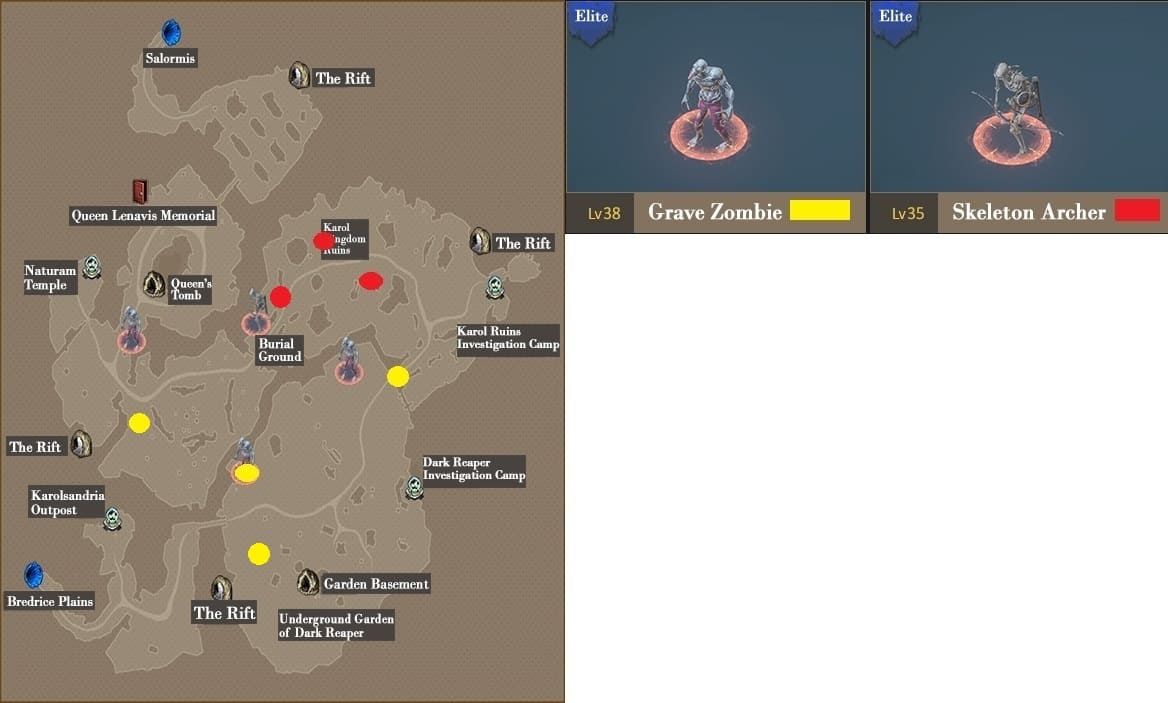