Duelden is known for its warm climate, bountiful pastures, and vast and fertile plains.
Its relationship with Litenberg was less than good after it invaded Duelden during a food shortage. However, now they are cooperating to fight against Lorencia. 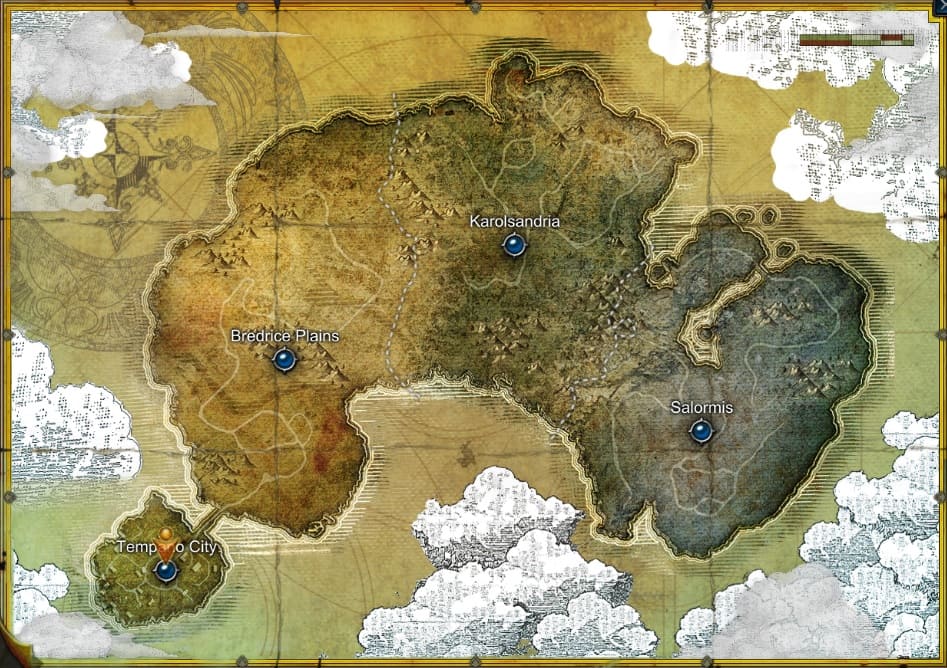 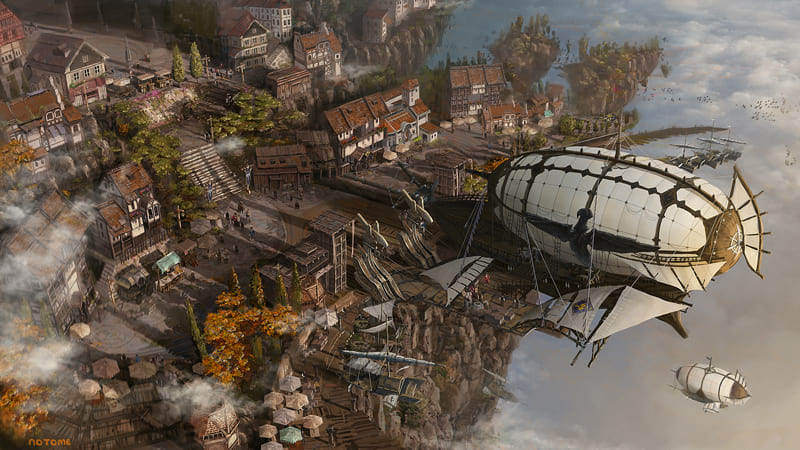 Tempano City is the key city of the Duelden Alliance that fights against the Lorencia Kingdom.
The city trades with other countries via Tempano port, and the trade volume has been increasing in recent times. 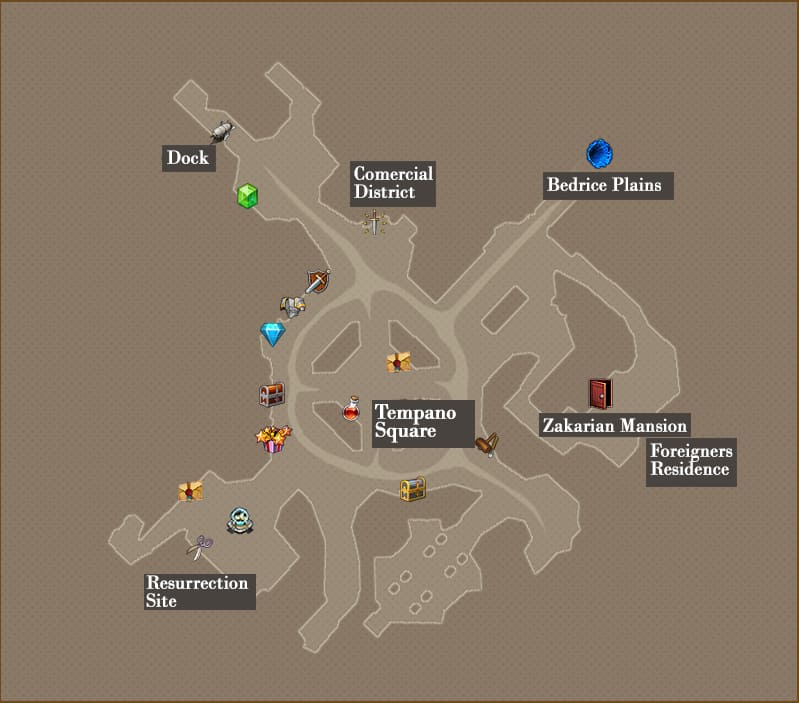 At the center of Tempano City is Tempano Square, and you can also find the Resurrection Site, the Foreigners Residence, the Commercial District and the Dock in the surrounding area.