- The Faction War tournament is held once every week, from Thursday to Saturday (including the application period).

- There will be application and preparation periods according to the following schedule, from Thursday to Saturday on the week of the Faction War. 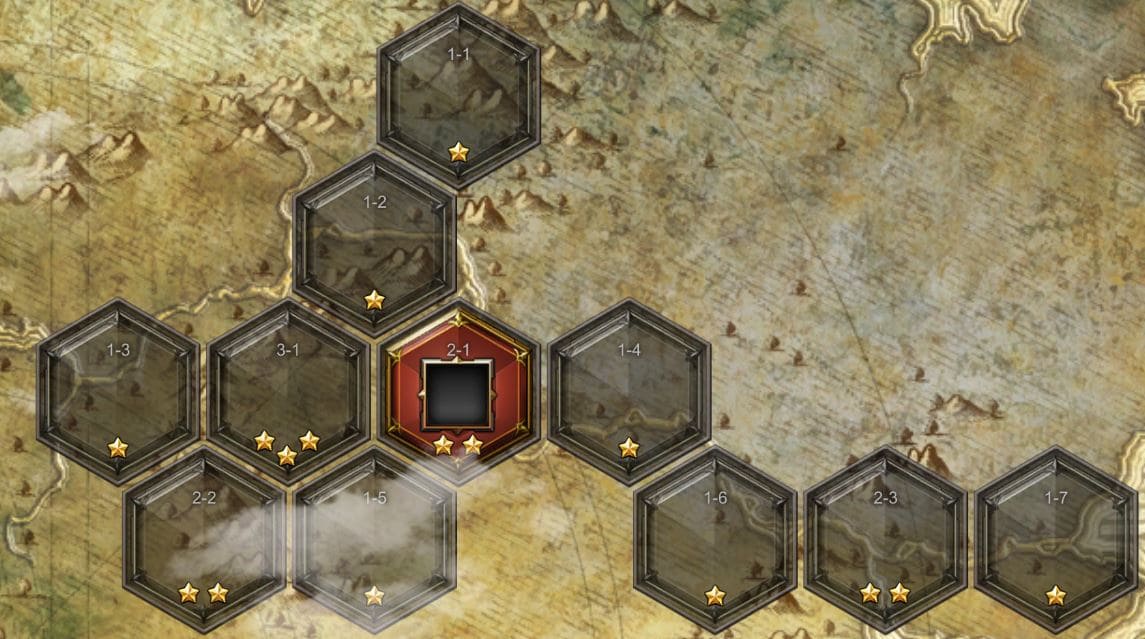 - The Faction War matches will be held every Saturday according to the following schedule.

- The match schedules are subject to change, depending on the numbers of guilds that have applied for the same territory. Please make sure you are aware of the schedule.

- Guild Trophies are a core resource required to apply for the Faction War tournament.

- The grade of the territory determines the minimum number of Guild Trophies required for the tournament.

How to Obtain Guild Trophies

- You can obtain Trophy Tokens while playing through various parts of the game.

- You can also donate your Trophy Tokens to your guild to obtain the required Guild Trophies for the Faction War.

- If you donate Trophy Tokens, you may receive magic gems as a reward. 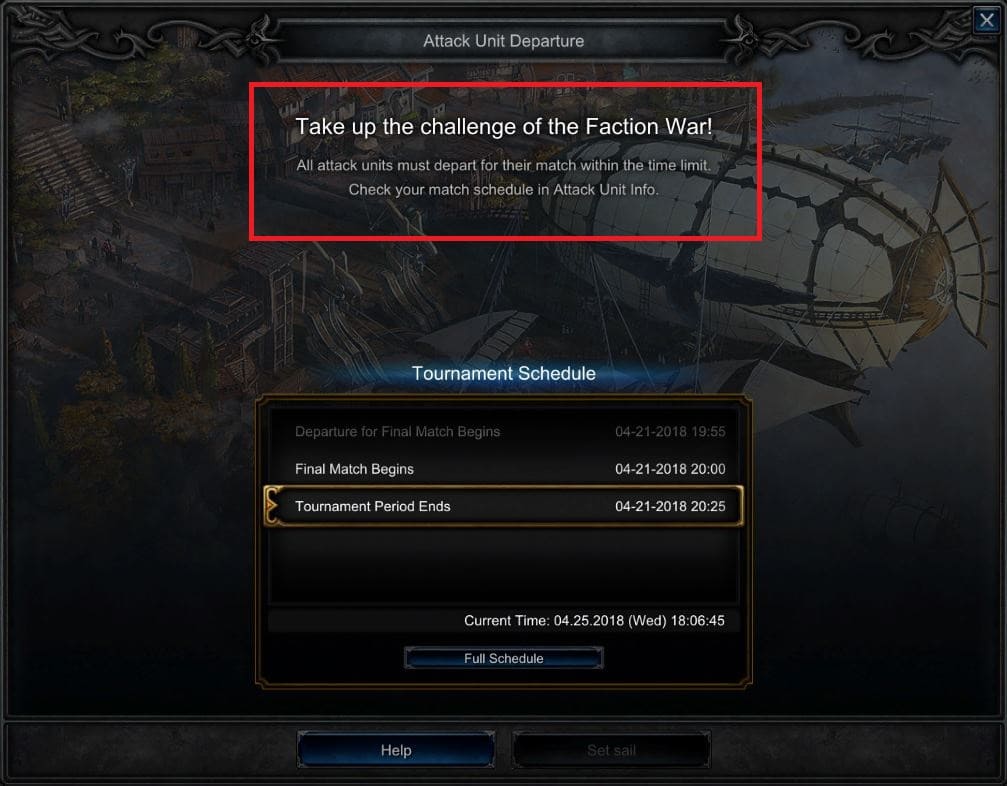 - An attack unit is a basic group that characters need to form to participate in the Faction War tournament.

- You can create a large group, larger than that of the existing party system, so it's essential to form an attack unit before participating in the Faction War.

- Characters who have joined an attack unit cannot use certain party features, including joining or applying for a party & Auto Party Matching.

■ Requirements for Creating an Attack Unit

- Guilds can create an attack unit only when their tournament application has been accepted and they have the right to participate in the Faction War.

- Attack units can be created only during the preparation period of the tournament.

- Characters can join an attack unit only when they are in the same guild as the relevant attack-unit commander.

■ Requirements for Disbanding an Attack Unit

- When an attack unit is not ready for the "Departure", the guild leader can disband it forcibly by removing the authority from the attack-unit commander.

- When the tournament period ends, attack units will be automatically disbanded.

- To participate in the tournament, attack units must depart at the specified time.

- Attack units that have failed to depart at the specified time will be automatically disqualified from the tournament.

- When the guild is occupying a territory, the attack unit must depart, and they must win if they wish to keep the territory until the next Faction War.

(If the attack unit does not depart, the ownership of the territory will be automatically removed.)

- Any character can become a follower of a guild, regardless of their current guild membership (if they are not occupying a territory).

- You can sign up as a guild follower in exchange for Trophy Tokens.

- You can only follow a guild whose follower capacity is not full.

- PaFollowers cannot change or unfollow their guild until the tournament ends.rt

- The follower status will be reset when the tournament ends.

- Followers may receive fixed benefits regardless of the grade of their guild's capital territory. The details of the benefits are listed below: