The Dracans, who value strength and courage, live in the north of Litenberg.
Mediah, founded by human mages, encompasses the southern area, dividing the continent into two parts. 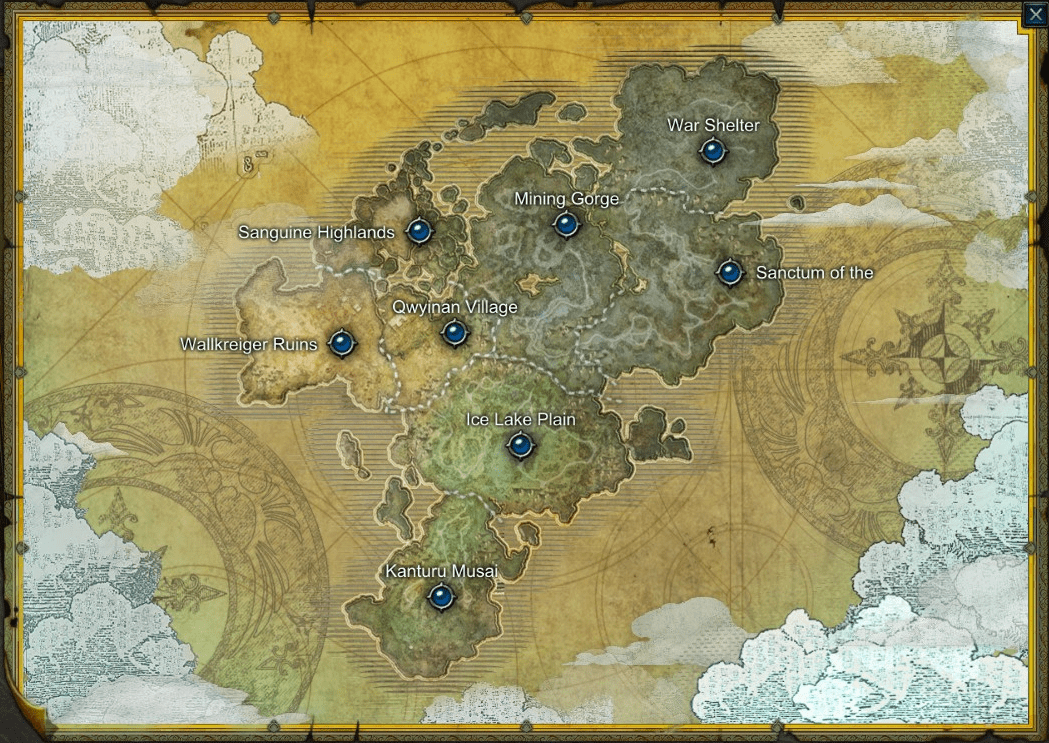 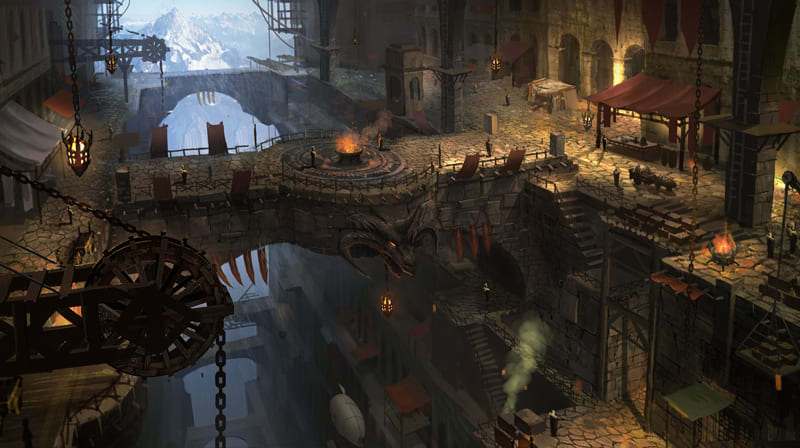 Qwyinan, the village of the Dracans, is currently in danger of being overrun by dragons and mutated monsters closing in from surrounding areas.
The Dracans are usually mistrustful of strangers and other races,
but Dracans Knight Commander Chaisong has put all that aside and allied with the Mediah Kingdom to prevent the fall of Qwyinan. 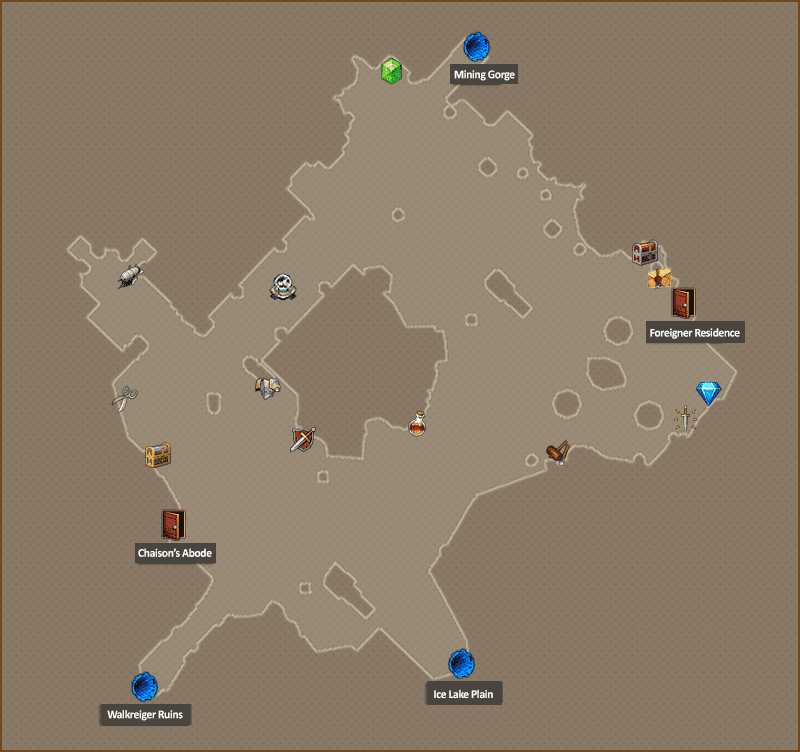 The passages to the Ice Lake Plain, Wallkreiger Ruins and the Mining Gorge are located in Qwyinan Village.
You'll find various merchants in the village's commercial district, including weapon, armor and potion merchants.