Zen is a basic currency in MU Legend that can be used in the shop or to craft items. You can get plenty of it in Luery's Secret Vault. This vault is the hiding place of Luery's massive fortune, and you can obtain a lot of Zen here as well as many items.

Zen is a basic currency that can be used in many ways, so it's good to have as much as possible. You can enter the vault once daily starting from Lv. 55, so it's best if you participate every day. Destroy objects to obtain Zen and defeat various monsters on your way to the Goblin boss, Warblin. The gameplay is similar to that in the Warped Magic Gem Mine.

This is the dungeon where you can obtain the most Zen.

Luery's Secret Vault, available from Lv. 55, is a special dungeon where you can obtain Zen. Zen is a basic currency that's used to buy items in the shop, craft items via NPCs and is needed for various other systems in the game. Zen can be obtained via completing quests, hunting monsters and selling items, but the best place to quickly get a large amount of Zen is Luery's Secret Vault.

Luery, living up to her greedy reputation, hid all her treasures in this secret vault; it's now filled with Zen and other items! However, you can only enter once daily, so make sure you enter every day and don't miss out on the loot.

The entrance is in the Room of Duty in Ohrdor, and you can set the difficulty level from 1-5 when you enter. There are various traps inside, so be very careful while you make your way through the vault. The higher the difficulty, the more rewards you can get, but the enemies and traps also get stronger, so… watch out!

The higher the difficulty, the stronger the monsters. 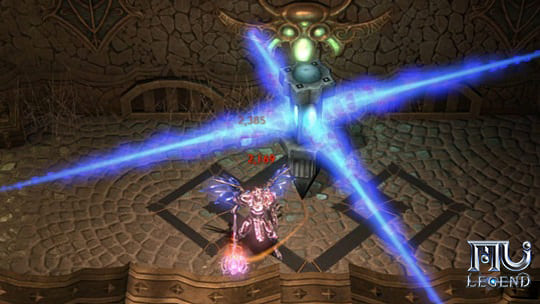 Watch out for traps.

Once you enter, youll encounter old halls covered in spiderwebs, statues filled with gold coins and treasure chests. Zen will drop when you destroy the statues and the treasure chests, and you have to pick it up throughout the dungeon.

You must destroy objects just like in the Warped Magic Gem Mine, so dont be afraid to smash everything in sight! Its only available once a day, so make sure to search every corner and destroy the statues and treasure chests while defeating any monsters along the way.

Your Trenta gauge will charge as you defeat monsters, and should be fully charged once you obtain all the Zen around the map. The charged Trenta will teleport you to the boss area, where you can defeat Warblin to get the final reward.

Zen will drop from destroyed statues.

You can go to the boss by activating the charged Trenta.

Warblin is the boss of Luerys Secret Vault. He isnt a big goblin, but dont be deceived; his heavy armor and large hammer make him a formidable opponent. His attacks are quite strong, so you might find yourself flat on your back if you underestimate him.

He uses a melee area attack by swinging his hammer 360 degrees, so characters close to him have to watch out. His smashing hammer attack also has great attack power, so take care or you might be killed in an instant. When hes gathering power, make sure you move away in time.

Last but not least, Warblins bomb attack is also one to watch out for. Warblin throws bombs at playerslocations, so youll need to move fast to avoid them. He doesnt move around when throwing bombs, so look for your best chance to attack.

Once you clear the vault, you will receive a ranking and can pick a card that will grant a random item. You can also get additional rewards from Luerys Cube, which you will receive after completing the challenge.

The boss, Warblin, deals melee attacks by swinging his hammer.

His smash attack is very powerful. 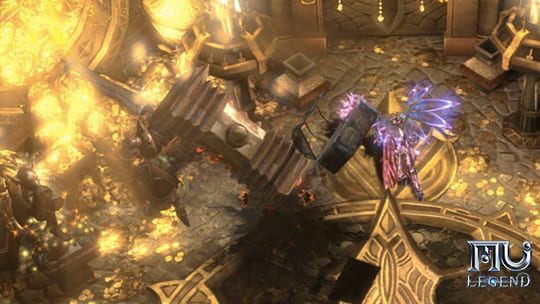 Warblin throws bombs that he grabs from his treasure chest.