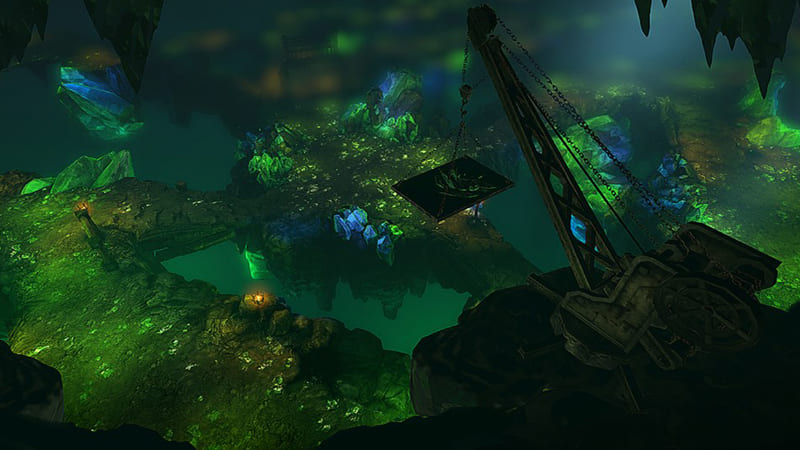 This is an ancient Magic Gem mine that has existed for thousands of years. A large number of Magic Gems can be found here.

1) You can set the difficulty level of the dungeon before entering.
2) Monsters' HP and the amount of Zen/Gems that you can gain will change depending on the difficulty level.
3) This shows the number of times you can enter the Warped Magic Gem Mine and the minimum level required for entry. 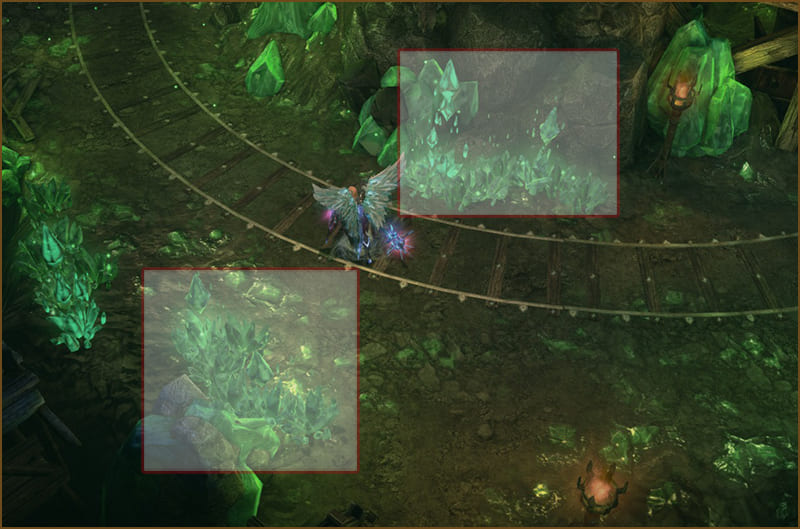 You will see green, glittering crystals in certain areas of the map once you enter the mine.
These crystals can be destroyed, and they'll drop Magic Gems when you do so. 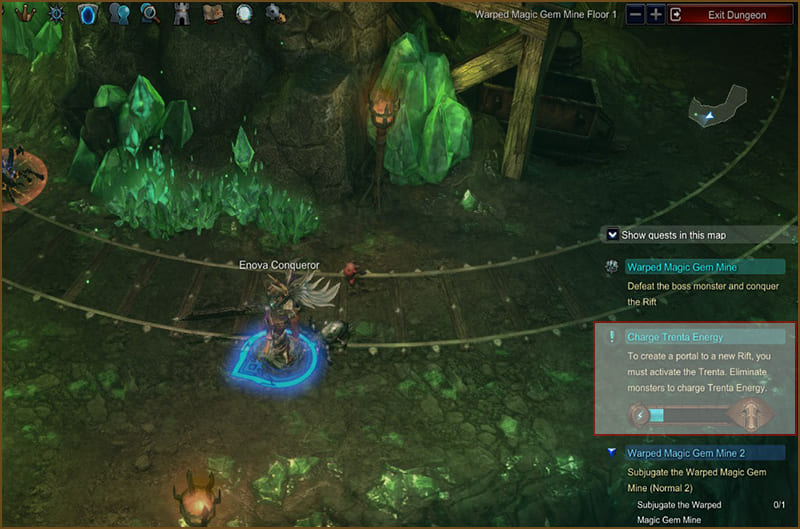 When you enter the Warped Magic Gem Mine, you will see your Trenta Energy gauge to the right; this will fill up as you defeat monsters. 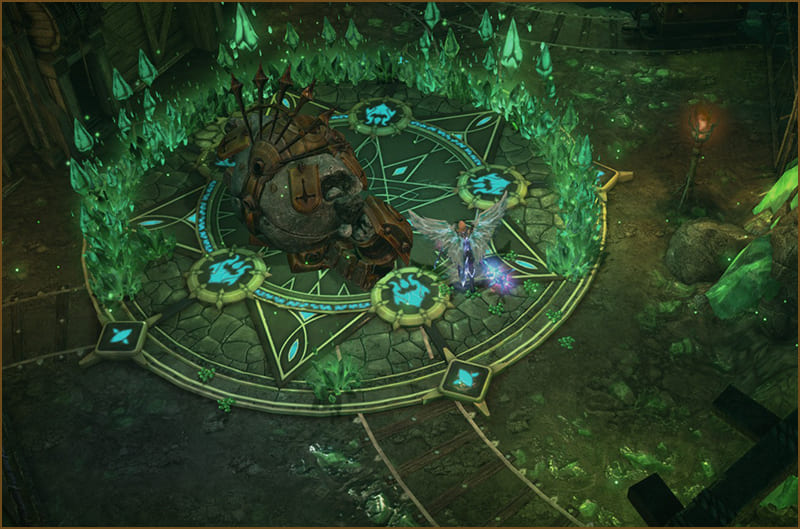 Once your Trenta Energy is at maximum, you can activate the Trenta (portal golem) in the center of the map. 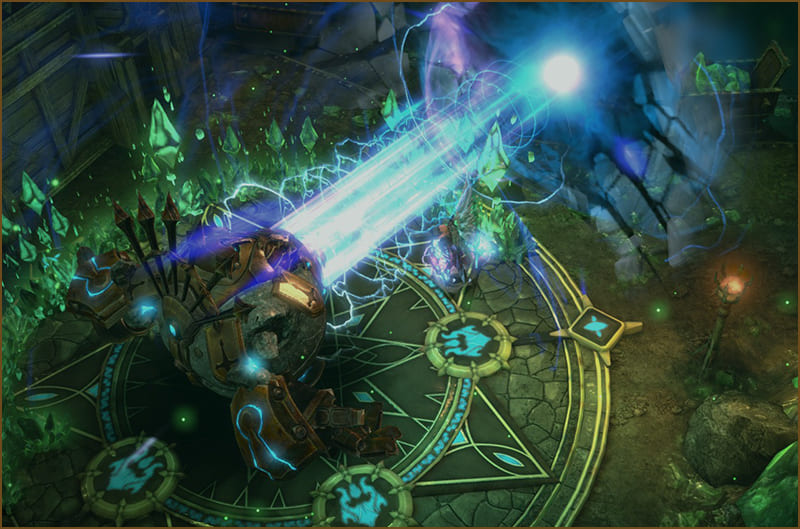 A portal will be generated when you activate the Trenta, and you can proceed to the boss through that portal. 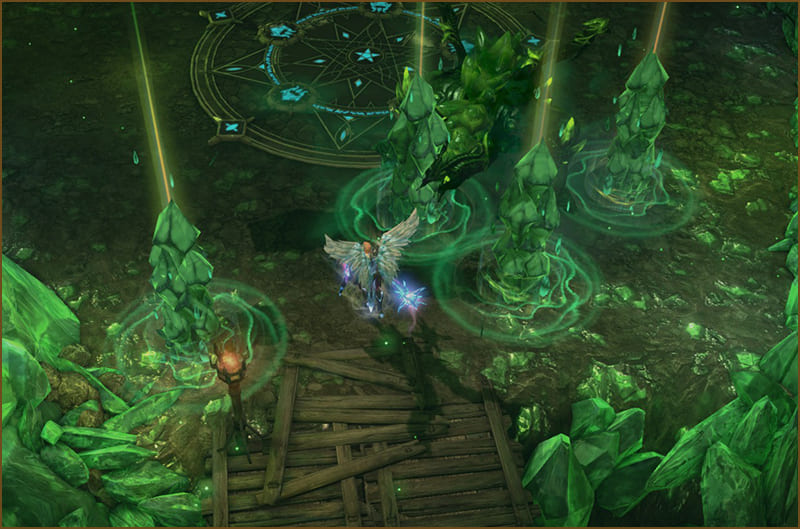 Once you enter the boss lair, Magic-Gem-poisoned Venti appears.
Remember to avoid recieving heavy damage by standing nearby Green Pilars when Venti cast "Poison Mist".
After defeating Venti, you will have completed the Warped Magic Gem Mine and will obtain a massive number of Magic Gems.