Understanding the characters: Two different levels and a variety of stats! 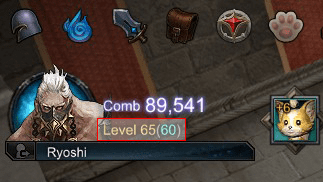 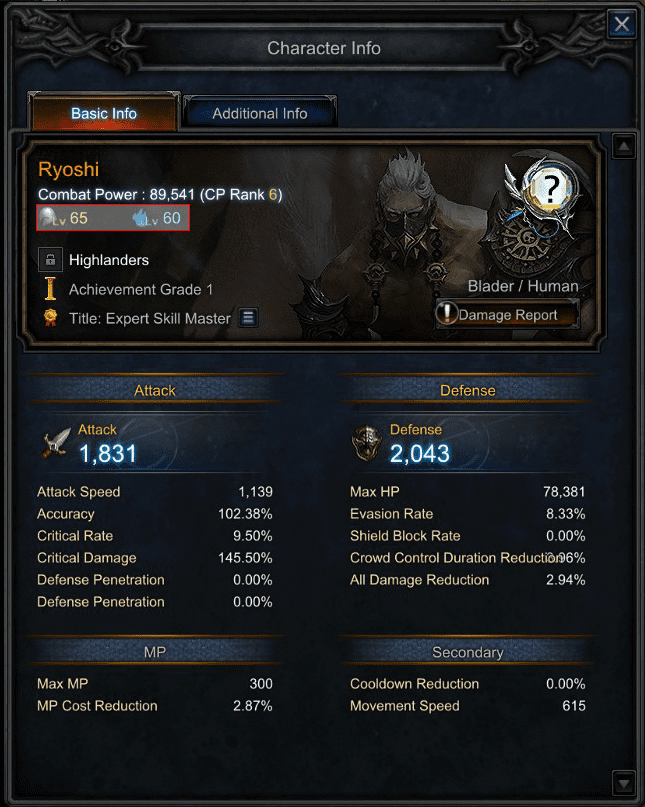 When youre greeted with the character-selection screen after launching the game, you may notice that each character has two different levels displayed beneath its name. MU Legend has two separate leveling systems, the Character Level and Soul Level, which increase independently of each other.

Most of all, the Soul Level continues to increase even after the Character Level reaches its max, and a character gains 1 Soul Point each time its Soul Level increases. You can use Soul Points to boost your stats via the Soul Chest, so increasing your Soul Level is essential if you want to have the strongest possible character.

Once in the game, you can access the Character Info window (C) which shows a range of stats divided into four categories: Attack, Defense, MP and Secondary. Many ofthe stats displayed here are crucial in determining the characters ability, so you need to regularly check that the stats are balanced well.

Access the Character Info window (C) to check your stats and other useful info.

MU Legend offers two main types of levels: Character Level and Soul Level. The Character Level is the most basic level that signifies your characters growth. Based on this level, you can learn new skills, equip new items, enter higher-level dungeons and access more of the in-game features.

Also, youll sometimes see the message "SOUL LEVEL UP!!!" appear with a blue flash above your character during play. This appears when the  Soul Level increases. The Soul Level has its own Soul EXP and increases through combat and quests just like the Character Level.

Increase your Soul Level to boost your stats in the Soul Chest.

Soul Chest: Boost your stats and strengthen your character

The Soul Chest is where you consume the Soul Points obtained when the Soul Level increases. Here, you can get a range of additional effects as well as raise various stats. Its one of the most important ways to help strengthen your character, besides farming equipment.

Moreover, even after the points are consumed, you can pay some Zen to reset them at any time. This allows you to reallocate the points to suit your current situation, with the ability to change them later if needed. Stats in the chest are grouped in four categories: Attack, Defense, Support and Misc. A total of 16 stats are available, with four stats in each category. 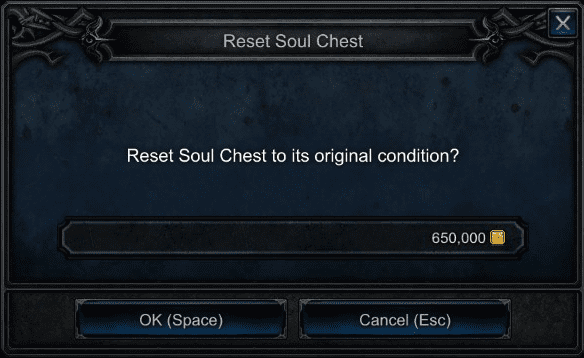 You pay an amount of Zen to reset the Soul Points you've already allocated.

Each stat in the chest grants additional effects once a certain number of points are allocated. For example, allocating 30 points to the attack stat activates the Hunting Skill effect. The Hunting Skill deals additional damage to Elite monsters, making hunting much easier.

Later, if you allocate 60 more points to the attack stat, you can use its second effect, Focused Strike. This increases attack when HP is 90% or above. A range of useful effects are available depending on how you allocate your points, so its better to concentrate on one skill when you dont have many Soul Points.

Its also recommended to add Soul Points to EXP in the early stages, which will assist you in leveling up. Additionally, raising magic sight will improve your chances of finding better items, which is important in the early stages of the game. To sum up, the Soul Chest allows you to enhance your skills according to the situation.

List of stats in each category of the Soul Chest

The Attack category is responsible for the characters hunting performance in combat, and it includes 6 attack-based stats that determine the average amount of damage inflicted on the enemy. "Attack Speed" shows the number of hits you can make per second. Increased attack speed means that weapon skills are performed faster, so it also helps your MP recovery.

"Accuracy" reduces the opponents evasion rate, improving your likelihood of hitting the target. With a higher "Critical Rate", your chance of dealing critical attacks is increased. Be aware that "Critical Rate" cannot exceed 30%, and "Critical Damage", which increases the amount of damage dealt with critical attacks, wont go higher than 450%. 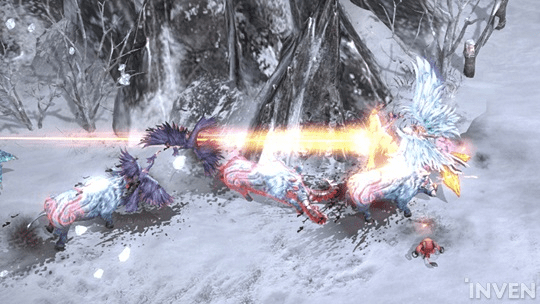 In order to survive the many dangers of the MU continent, Defense should be a high priority and must never be neglected. Its essential that you optimize your Defense so that it reduces damage as much as possible. To start off, "Max HP" increases the upper limit of the characters available HP.

In addition, greater "CC Time Reduction" (CC = Crowd Control) helps you quickly get out of abnormal statuses including Silence, Stun, Fear and Airborne, making it very useful during PvP. Lastly, "All Damage Reduction", as the name suggests, helps you survive by reducing all damage taken.

The "MP" and "Secondary" stat categories wont affect combat directly, and they consist of Max MP, MP Cost Reduction, Cooldown Reduction and Movement Speed. MP-related stats are very important for those who use skills heavily during combat. Increased movement speed helps you get around faster and will improve your dungeon-clear times.

Recovery and Secondary stats: A solid base for your combat

"HP+ for Each Kill" restores a certain amount of HP each time you kill a monster, allowing you to hunt for longer without using too many potions. "HP-Rec.-Item Boost" aids you in combat by boosting the effects of consumables such as potions used when in danger.

In addition, Secondary stats offer separate EXP boosts, "Monster EXP" and "Soul EXP", to help you raise the Character Level and Soul Level. With "Skill Mastery", a higher value saves you time in boosting your skill-mastery level and allows you to quickly unlock more Crest Sockets. These 3 stats all work by increasing the EXP you gain, so they are very useful for enhancing your characters.

You can also use "Zen Drop" and "Magic Gem Gain" to obtain the main currency, Zen, and Magic Gems more easily. Stats that improve the hunting rewards are also available, which are the "Item Drop Rate", which allows you to gain more items when defeating monsters, and the "Uncommon Item Drop Rate", which increases the chance of better items being dropped. "Item Pickup Radius" displays the range within which you can pick up items.

Recovery and Secondary stats with their various effects.

Attributes: Check the Attack/Damage variations according to monster grade, size and type

Monsters in the game come in all different grades, sizes and types, and even for monsters of the same level, it can be more difficult to hunt them depending on those characteristics. This is because each decrease and increase in damage is calculated differently according to the characteristics of the monster. Check Character Info (C) > Additional Info tab > Attributes for details.

The most common classification of monsters: Grade. The monster grades, which are Normal, Elite and Boss, determine the strength of your enemies. For certain items and skills, you can easily see the damage increase or decrease according to the grade. However, the most important stats here are those related to the powerful Elite and Boss monsters.

You'll also notice that monsters are grouped by their Size: Small (S), Medium (M), Large (L) and Extra Large (XL). Increases and decreases in damage are measured differently according to the size of the monster, and stats for additional damage are also available.

There are 9 types of monsters, which are Plant, Insect, Beast, Humanoid, Undead, Demon, Mutant, Magic and Building. Each also has their own additional damage, attack and damage reduction stats. As you can see, with the different grades, sizes and types, there are many factors to take into account when deciding how easily you can beat a given monster. Learn about the monsters that spawn in your main hunting grounds and set the relevant stats to improve your combat efficiency. 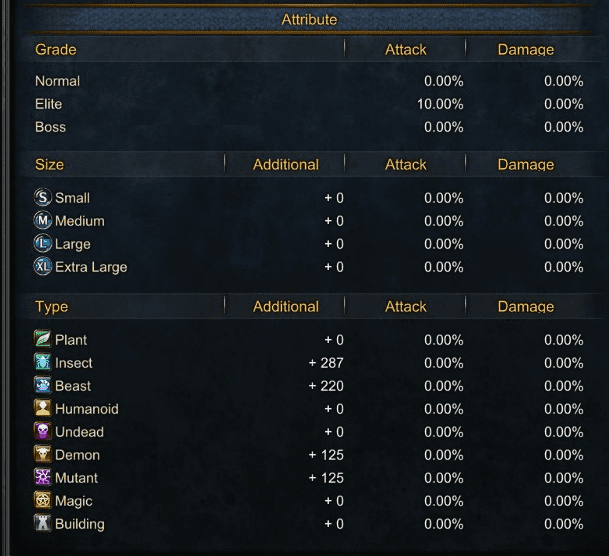 Check the stats in the Attributes category and improve your combat efficiency.