The most important factor determining characters' play style is their skills, and Mu Legend has Weapon Skill, Class Skill and Expert Skill tailored for each character. Each skill has unique characteristics and users should select and use only 7 skills, so it's important to understand their characteristics to choose the right skills.

Weapon Skills do normal attack with the equipped weapons and Class Skills refer to the various skills that exhibit distinctive features of each character. And Expert Skills are special skills you can learn when you reach a certain level and users can choose and use one skill from many distinctive skills.

Further, using a skill frequently increases its mastery and when you reach a certain level of mastery, a crest slot will be unlocked. If you equip a Skill Crest to the slot, a buff effect will apply to the skill based on the crest option, so you must have crests set for your main skills! Each skill can use up to 3 crest slots. 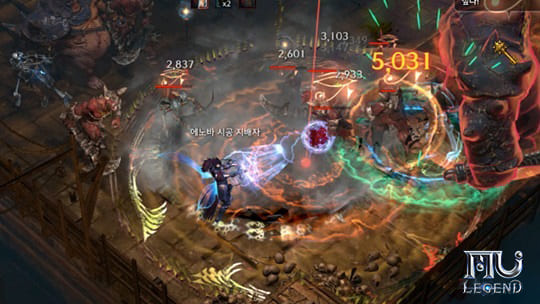 ▲ Managing skills is the most important part in battle!

■  How to use skills in 3 categories: Weapon, Class and Expert Skills

Character skills can be grouped into three categories by their features: Weapon, Class and Expert Skill. Only 7 skill slots are available, so players should choose 7 skills among many of them. They also need to switch skills according to the situation when using them in field, dungeons and PvP.

So, you must understand each skill's characteristics and consider skill combination carefully. First, you should know the criteria for classifying Weapon, Class and Expert Skills as well as their characteristics.

Weapon Skills vary with the type of the equipped weapon and they make the most basic attack. This is why weapon skills have a restriction called Required Weapon. 3 weapon skills are available for each weapon, so players can choose and use what they like.

In addition, using weapon skills recovers MP, so it's an important attack that enables you to use other skills. If you change the type of your equipped weapon, you might not be able to use the existing weapon skill. Keep that in mind when you switch weapons and go into a battle. 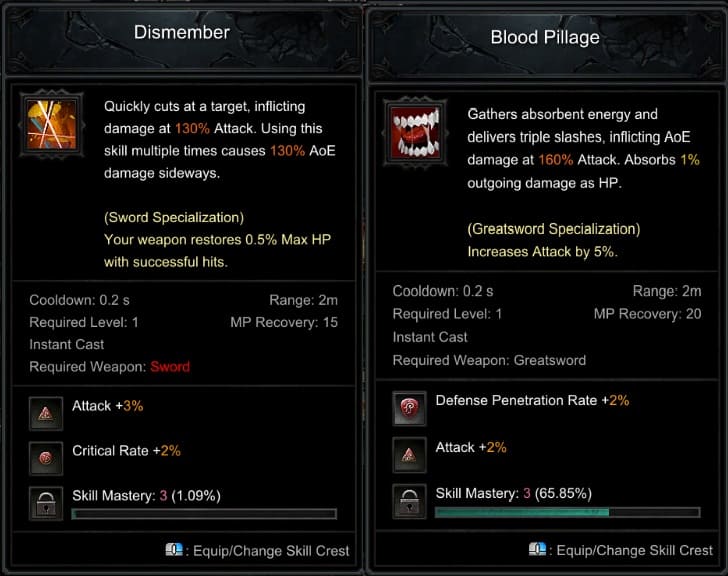 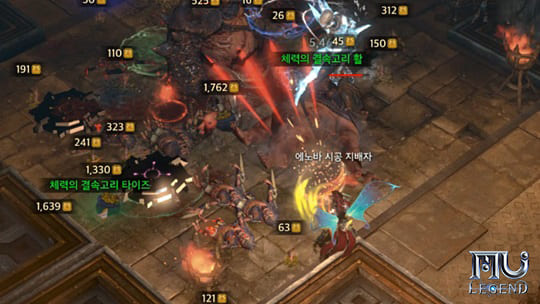 ▲ Fill up your MP with weapon skills.

Unlike the weapon skills set with the type of weapon, no restrictions apply when using class skills. Skills that represent a character's distinctive features most effectively are categorized as class skills. As the name says, they are unique active skills for each class, and offer various features such as Attack, Defense for survival, Buff, Movement and so on.

Thus, each character has core skills as its class skills and the efficiency varies a lot depending on how you make skill combinations. This is why every user goes through many changes in class skills and you need to take advantage of various skills strategically depending on the situation.

For example, in order to challenge the Rift as many times as possible during the Rift Overdrive, it's best to have movement skills ready because fast movement is necessary. When you go into battle in a limited space like Endless Tower, it's better for you to add skills for Attack and Survival instead of Movement.

To defeat your opponent in PvP, abnormal status skills are considered a must-have. In this way, you can change the efficiency of class skills as much as you like depending on place and situation. However, as each character has different skills and their effects vary greatly, players should use them and find the right combination by themselves. 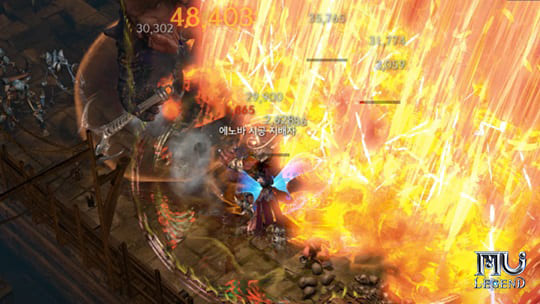 ▲ Class skills are most frequently used in battle.

Expert Skills include the most special skills, and they'll get unlocked when you reach Level 25, 45, and 65. To learn a new expert skill, go to Expert Skill Instructor inside the Hall of Light in Ohrdor after reaching the level and complete the exclusive quests you'll receive there.

When you reach the required level and complete the quests, two expert skills will be unlocked and you can choose only one of them and use it. For example, if you've completed the exclusive quests at Level 25 and Level 45 unlocking total 4 expert skills, you can only choose and use 2 of them.

Look at the Skill window(K) for example, expert skills are so important that they have special slots, shaped like cards, different from weapon or class skills. So, it's best to examine which expert skills have the right set of skills for you before making a choice. To change expert skills, go see the Expert Skill Instructor again. 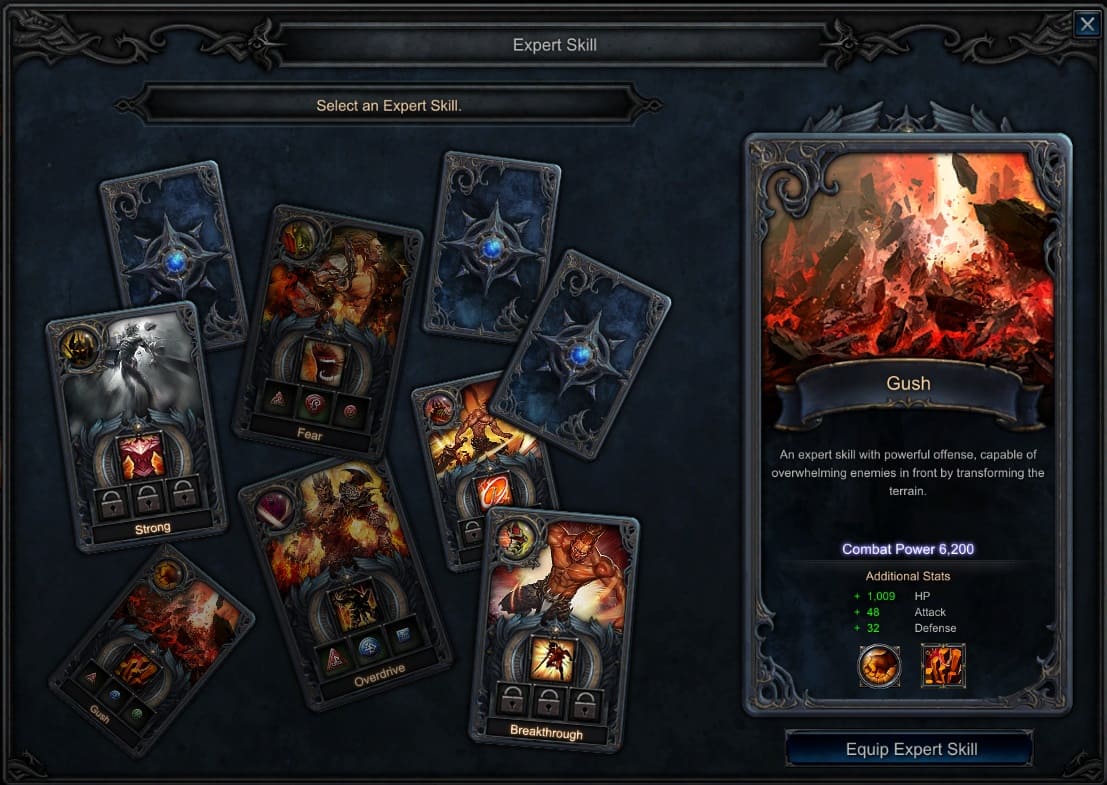 ▲ Choose and use one expert skill. 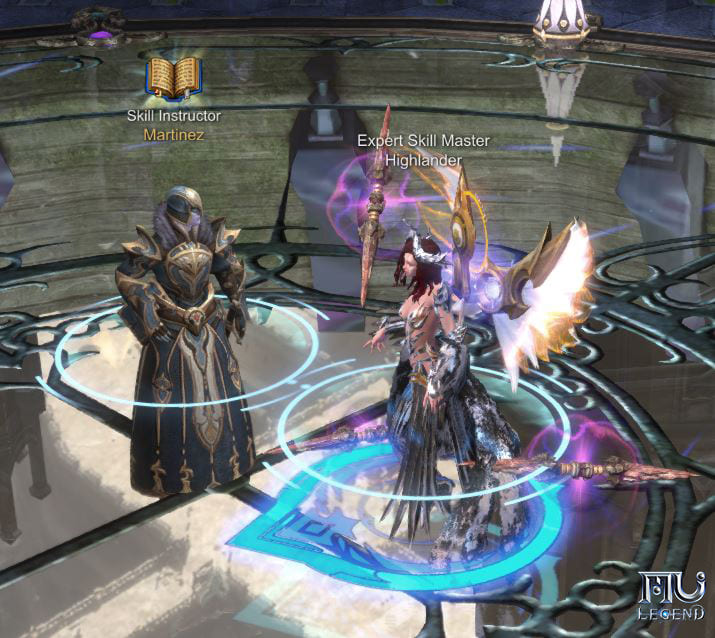 ▲ Go to the Expert Skill Instructor and complete the quest!

■  Equip crests to slots and get skill buffs!

Whether they are weapon, class or expert skills, using active skills many times increases the mastery and when you reach a certain mastery level, crest slots will be unlocked. No skills have open slots at first, but up to 3 slots for each skill can be unlocked and equipped with crests by increasing the mastery.

You can see the slots at the bottom of skills in the Skill(K) window and locked slots are indicated with the lock symbol. The current mastery level is indicated with a green gauge over the lock symbol. The gauge will be filled up and the percentage (%) will be shown when you mouse over the symbol. When the gauge is full, the slot gets unlocked and you can right click to equip a crest.

Skill Crests have a range of options. When equipped to the unlocked slot, the stats of the crest applied to the skill enable you to use more powerful skills. So you must unlock every crest slot of your favorite skills. Using skills with longer cooldown frequently can be difficult, so it's hard to master those skills. 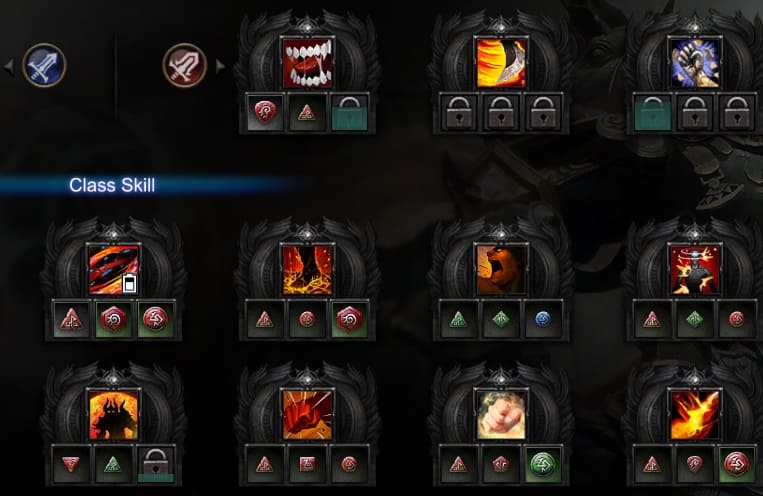 Various effects including MP Cost Reduction, Increased Magic Attack, Increased Knockback Effect, Increased Fire Coefficient, Increased Critical Rate and Increased Critical Damage are available with each skill crest and most of them are classified by their name. For example, a crest named Power gives Increased Physical Attack and a crest called Rupture offers Increased Defense Penetration Rate. Further, the effects of skill crests equipped to slots can be different depending on the skill.

The name of a crest is important because you cannot equip crests with the same name to one skill, so it's not a good idea to try doubling up a certain crest's options. Skill crests have Uncommon, Rare, or Legendary grades as items do, and the higher the grade, the greater the values of their option. So, it's possible to enhance skills significantly by equipping a higher grade crest.

You'll get Common grade crests by default, and higher grades crests can be obtained by hunting in the fields or clearing the Blood Castle in the Room of Duty. So you should take part in many battles and clear the time attack dungeon, Blood Castle faster to get higher grade crests.

▲ Same crests give different effects based on the grade. 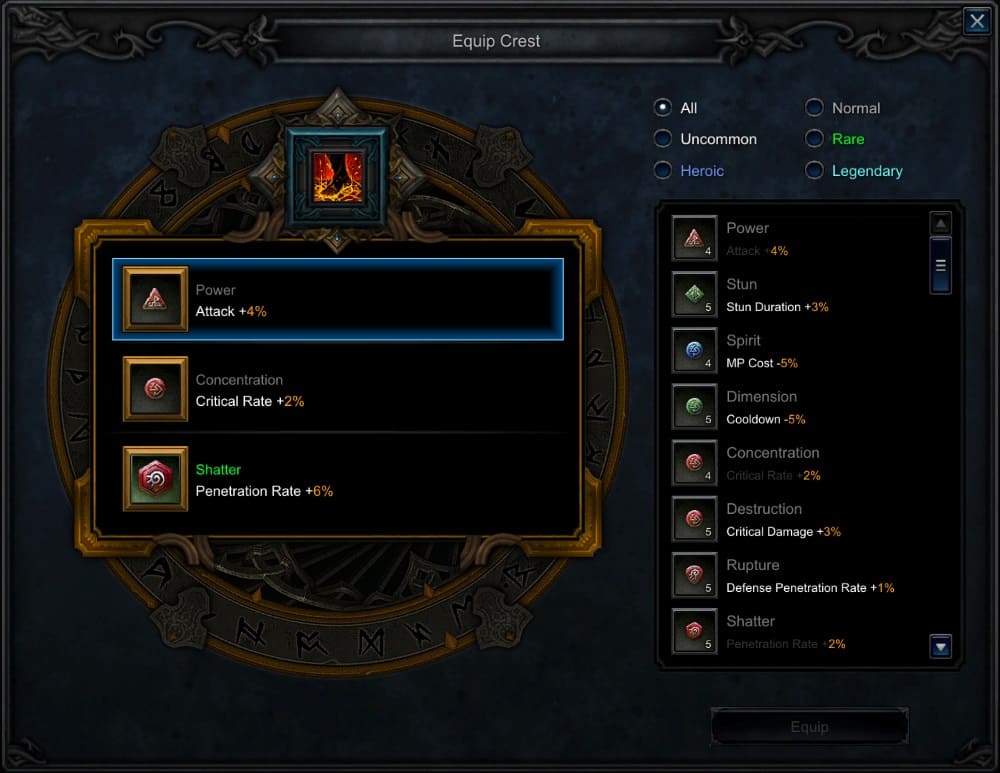 ▲ Equip to the skill slot to get the crest effect. 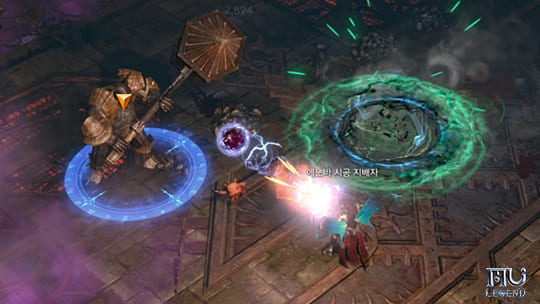